GenderEx: Gender for Excellence in Research

Gender for Excellence in Research (GenderEX) is a project designed to build networks, exchange knowledge and engage best practices to stimulate the integration of the Sex and Gender Dimension in Research Content (SGDRC), between the Gender and Women’s Studies Research Center at Kadir Has University (GWSRC-KHAS) in Turkey and three internationally-leading partners in this area: University of Lund (Sweden), University of Genoa (Italy) and Technological University Dublin (Ireland).

GenderEX embodies an intersectional approach to SGDRC which recognizes a multiplicity of gender identities and that gender is embedded in intertwined systems of difference and power. SGDRC as we envision under GenderEX will embrace intersections of gender and sexual orientation, race, class, religion and ability and the ways in which these categories mutually construct gender identities. Although gender studies as an academic field has been well established for more than thirty years, SGDRC in all aspects of academic research is far too often absent. This both represents and perpetuates the androcentric and biased orientation of academia and academic production. The importance of SGDRC lies in the ways that it can illuminate gendered mechanisms that produce inequalities. Furthermore, the lack of attention to SGDRC provides any number of previously unexplored areas for academic research and production.

The overall aim of GenderEX is to further the adoption of SGDRC across multiple scientific disciplines in Turkey by enhancing the capacity of GWSRC-KHAS for training and engaging more researchers into this field, with a primary focus on Early Stage Researchers (ESRs). Through these means, the GWSRC-KHAS aims to become a leading center for gender studies and gender research in Turkey and one of the best centres in this field in the EU, recognized for its excellence.

To raise awareness and communicating the benefits of integrating the sex and gender dimension into research content in all academic fields.

To increase the capacity and pool of researchers that integrate SGDRC, with special focus on Early Stage Researchers (ESRs).

To strengthen the research management, administration skills and research reputation at GWSRC-KHAS. 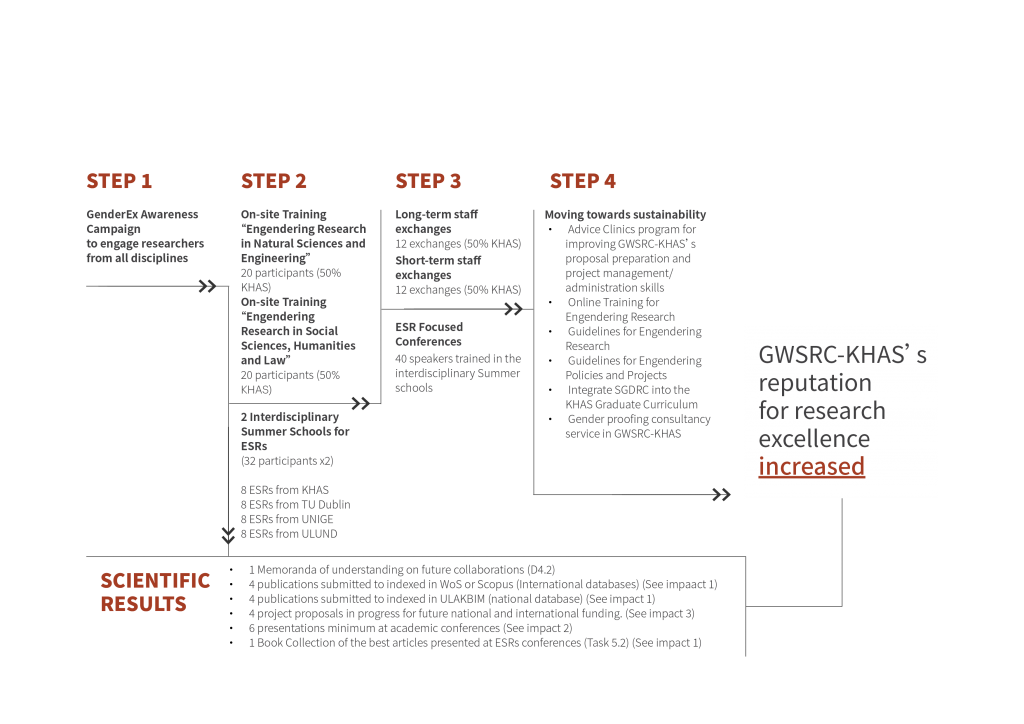 Subscribe to our newsletter to stay informed from our recent events and updates.

This project has received funding from the European Union’s Horizon 2020 research and innovation programme under grant agreement No 952432. The opinions expressed in this document reflect only the author’s view and in no way reflect the European Commission’s opinions. The European Commission is not responsible for any use that may be made of the information it contains.